For decades, street design in the United States and Canada was about one thing and one thing only: moving motorized vehicles from point A to point B as quickly as possible. The result is a continent criss-crossed by multi-lane freeways, sprawling suburbs, and streets that run the gamut from somewhat uncomfortable to downright deadly for anyone outside a vehicle.

Fortunately, things are changing, albeit slowly. A big part of that has to do with “Complete Streets,” an approach to planning, designing, and operating streets that ensures the mobility and safety of all people, whether they are travelling as drivers, cyclists, pedestrians, or transit riders.

Since the National Complete Streets Coalition was launched in 2004, more than 1,600 complete streets policies have been adopted in the United States, including 35 at the state level. The FHWA recently adopted Complete Streets as its “default approach” for funding and designing federally funded roadways, and the new Bipartisan Infrastructure Law (BIL) will require agencies to use at least 2.5% of planning funds on activities related to complete streets.

So, what does a complete street look like? While implementation varies from location to location, and it’s always important to understand a roadway in the context of the community around it, there are certain elements that tend to figure prominently in complete streets plans. 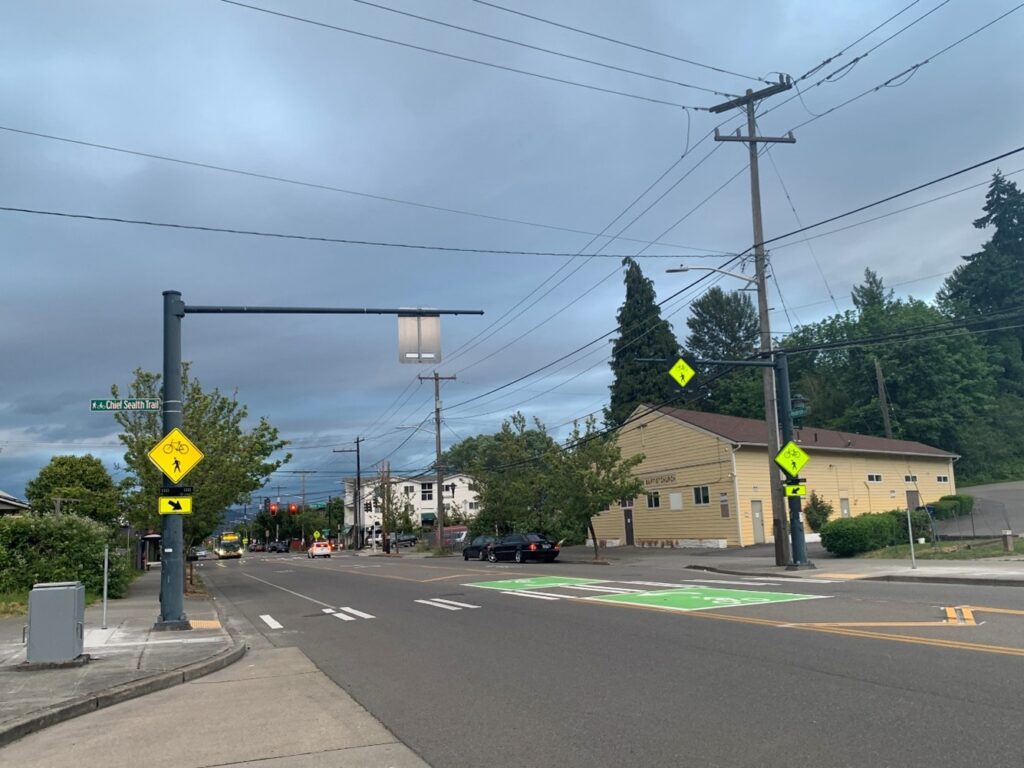 Intuitively it makes sense and the research bears it out: wider lanes lead to faster driving. Wide lanes—12 feet is a common standard for two way roads—provide drivers a buffer, meaning they feel more comfortable travelling at higher speeds. Narrower streets, on the other hand, promote slower driving speeds, reducing both the frequency and severity of crashes. Multiple studies have found 10-foot lanes to be appropriate for urban areas, with no negative impact to safety or traffic operations. 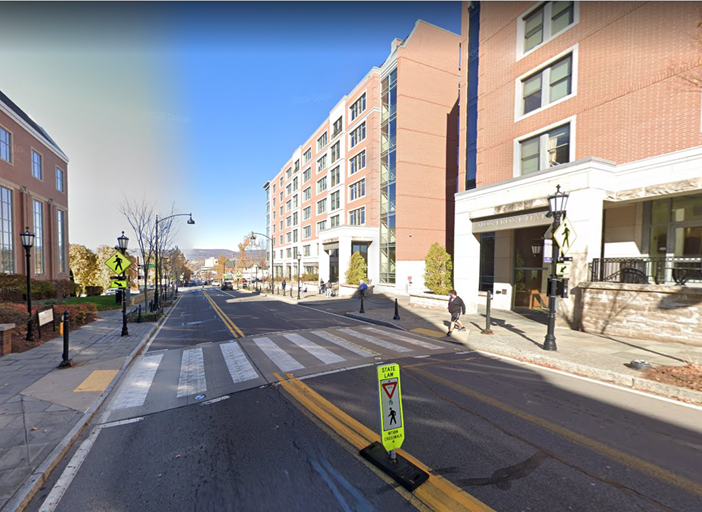 Besides slowing drivers down, narrower lanes have the added benefit of reducing crossing distances for pedestrians. In areas with long blocks and few signalized intersections, midblock crosswalks can be added to create safer, more visible, and more direct routes, encouraging people to cross at locations with good sight distances and, ideally, pedestrian safety infrastructure in place. This can include curb extensions, refuge islands, high-visibility crosswalk markings, and rectangular rapid flashing beacons (RRFBs), which flash erratically when activated to signal that a pedestrian is entering the roadway. 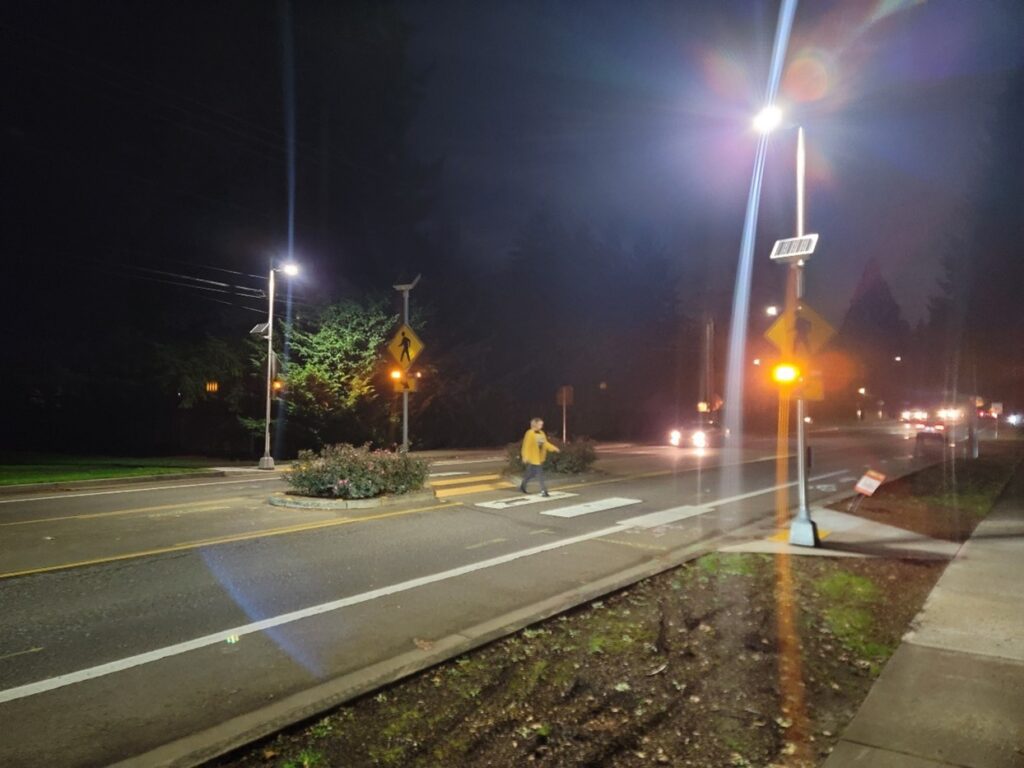 A well-lit environment is as vital to pedestrian and cyclist safety as it is to drivers. However, lighting in areas with high volumes of nighttime pedestrian activity is often inadequate, as loosely-spaced highway-scale fixtures don’t provide enough light and consistency for pedestrian safety. Purpose-built, pedestrian-scale solutions (like Carmanah’s) do. They allow drivers to detect pedestrians in and around the crosswalk, and have been shown to reduce total injury crashes by 23%. Additionally, pedestrian-scale lighting affects the way public spaces are experienced at night, encouraging people to walk, gather, and patronize businesses with an increased sense of security. 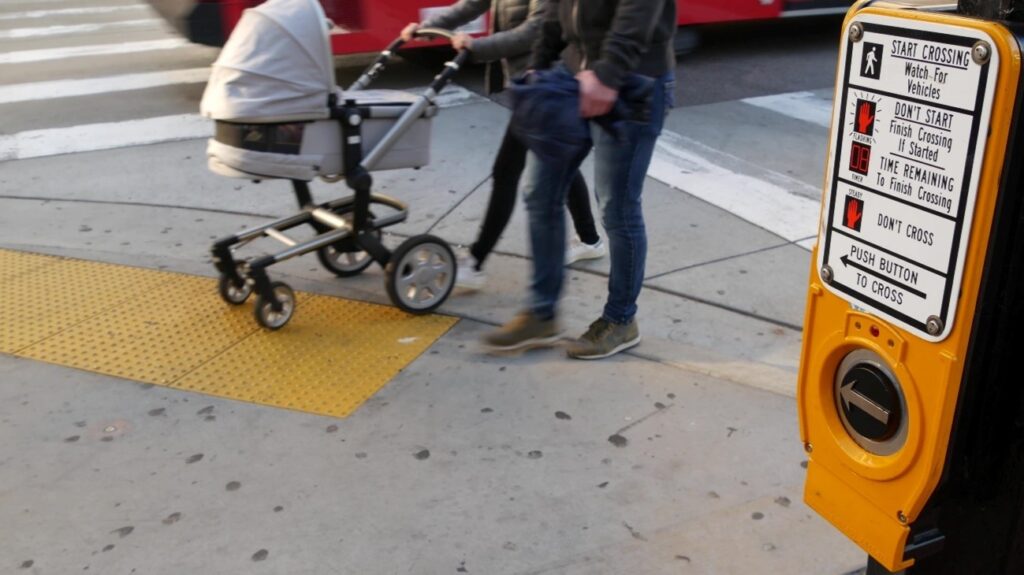 Navigating a car-centric environment can be challenging for any non-motorized user, let alone the one in four U.S. adults living with a disability. Unpaved and broken sidewalks, curbs without ramps, wide crossings with limited crossing times are just a handful of the obstacles people with disabilities encounter that impede their mobility and safety. Fortunately, many if not all of these obstacles can be overcome with ADA-compliant infrastructure, including curb ramps, detectable warnings, and accessible pushbuttons. More information can be found on the FHWA’s ADA Resources page. 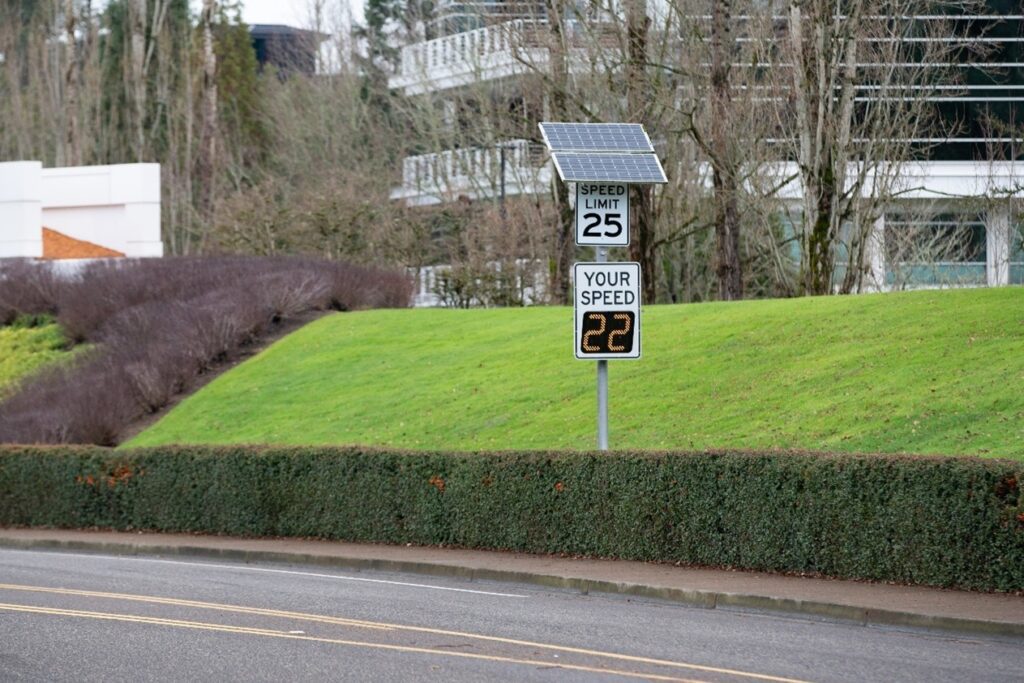 We now know that speed and safety are fundamentally opposed. Faster speeds are directly connected to higher crash rates and deaths, while slower ones have time and again been shown to increase safety. Reducing posted speed limits might seem like an obvious place to start, but FHWA research has demonstrated that this has virtually no effect on the actual travel speed. Instead, traffic calming solutions like speed humps, roundabouts, road diets, and radar speed signs should be implemented. Radar speed signs in particular are proven to reduce speeds by up to 9 mph, translating to a drastic drop in pedestrian fatalities.

The benefits of complete streets are significant and wide-ranging. The design practices outlined above can slow cars, reduce deaths and injuries, promote active transportation, reduce congestion (and carbon emissions), improve public health, and even boost property values and attract new businesses. Many cities and towns have already realized these benefits, and it will be exciting to see even more create complete streets in the years to come.

What Is Traffic Calming?