The basics of Vision Zero

Safety on our roads is not a new idea, but today’s Vision Zero initiatives aim to push communities further. What began in Sweden as a campaign to reduce or eliminate fatalities and serious injuries in traffic incidents is now a global movement that has inspired cities to improve safe mobility for all road users. With many cities across North America designed for car-centric transportation, the concept of Vision Zero often requires more than just a change in infrastructure; it also requires a change in mindset.

In fact, Vision Zero includes several factors working together, including everything from policies to enforcement and roadway design to speed limit changes. In recent years, cities have begun implementing initiatives as part of their broader transportation plans. Learn more Vision Zero basics here.

Vision Zero at work in Boston 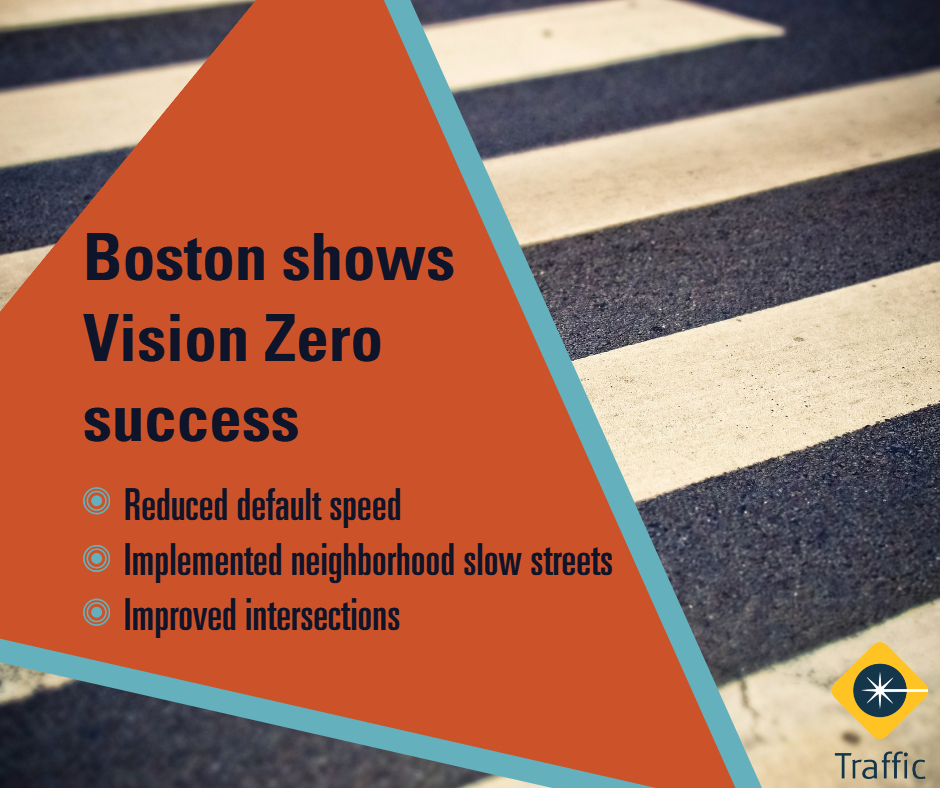 Vision Zero can take many forms, and cities have implemented their initiatives as part of long-term plans to improve safe mobility for all. Some cities’ plans have hit snags in implementation along the way, while other cities have seen traffic incidents rise rather than fall—an issue that could be attributed to more drivers on the road, more distracted drivers, more pedestrians, or several other factors.

However, many communities have also seen success, like Boston, where fatal crashes were reduced from 21 in 2016 down to 14 in 2017. Boston’s Vision Zero plan, implemented in 2015, is a part of its long-term transportation plan, Go Boston 2030. Boston’s 2017/2018 Vision Zero update included several success stories and updates:

Boston’s future plans included a new $5 million investment to support projects, a focus on distracted driving, and the relaunch of a successful program called Boston’s Safest Driver, an app that has been effective at changing driver behavior. The city also planned to focus more on school zone flashers and other upgrades at several targeted schools.

What’s the key to Boston’s success? The city does have a dedicated Vision Zero task force; another factor might be the amount of public outreach and education the city does to inform citizens of speed limits and other changes. It might also be the fact they are starting with small or temporary projects to test solutions before costly and/or permanent solutions are implemented. Whatever the reason, it seems to be working.

Boston isn’t the only city that has done well with its Vision Zero goals. Hover over the map below to see other regions that have developed plans for their communities. 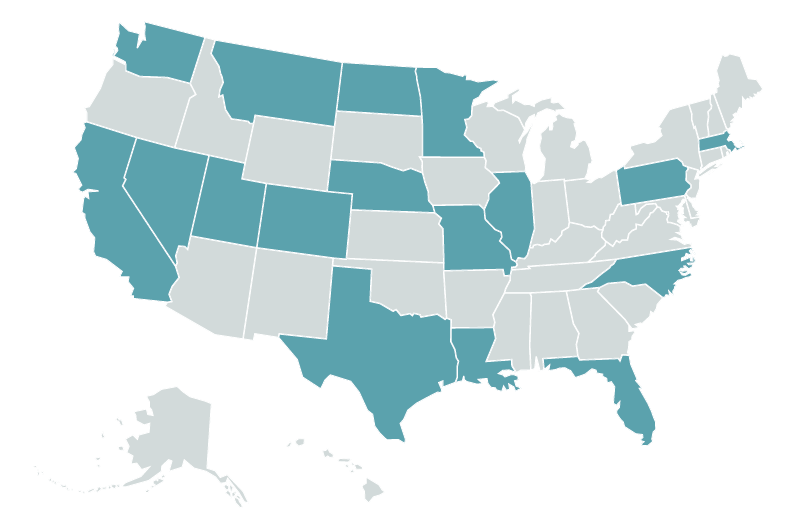 RRFB crosswalk gets students in Wichita Falls, Texas to and from school safely