LED flashing signs have been sporadically popping-up on vulnerable roadways for the last two decades. These are traffic signs embedded with simultaneously flashing LEDs outlining the shape of the sign’s perimeter or warning message. The high-intensity flashing lights are activated in real-time or by programmable calendar settings. Ultimately, the intention of an LED-embedded flashing sign is to draw awareness to unexpected changes in the road or modify driving behaviors.

The answer is yes, especially after considering important traffic applications, like where, how, and when to utilize their conspicuity features.

The purpose of this article is to help understand the best reasons and locations for installing LED flashing signs, while providing a few tools to make your roadway management decisions easier.

The most common reasons for serious collisions at unsignalized intersections are attributed to conditions like poor weather, fatigue, excessive speed, and nighttime. Basically, driving conditions where visibility and attentiveness are negatively impacted.

The NHTSA reports that more than 60% of crashes at intersections involve vehicles turning left. Commonly referred to as a right-angle crash, this kind of collision occurs after a left-hand turn from a minor street onto a major street during an inadequate gap in traffic. Given that oncoming traffic is typically traveling at higher speeds on rural roads and highways, the Federal Highway Administration (FHWA) estimates that every 100 reported angle crashes at unsignalized intersections result in 1 to 3 fatalities and 5 to 15 serious injuries. 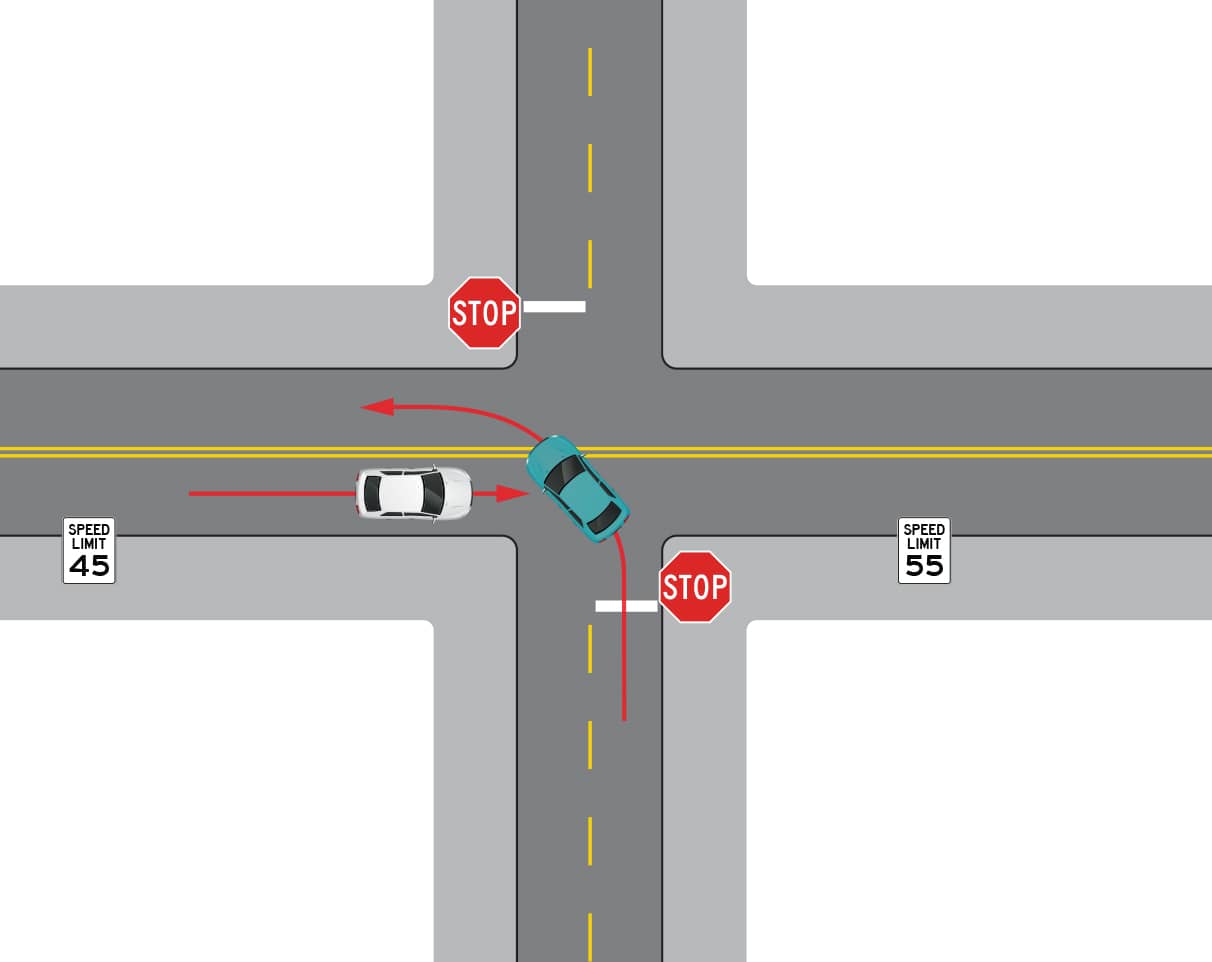 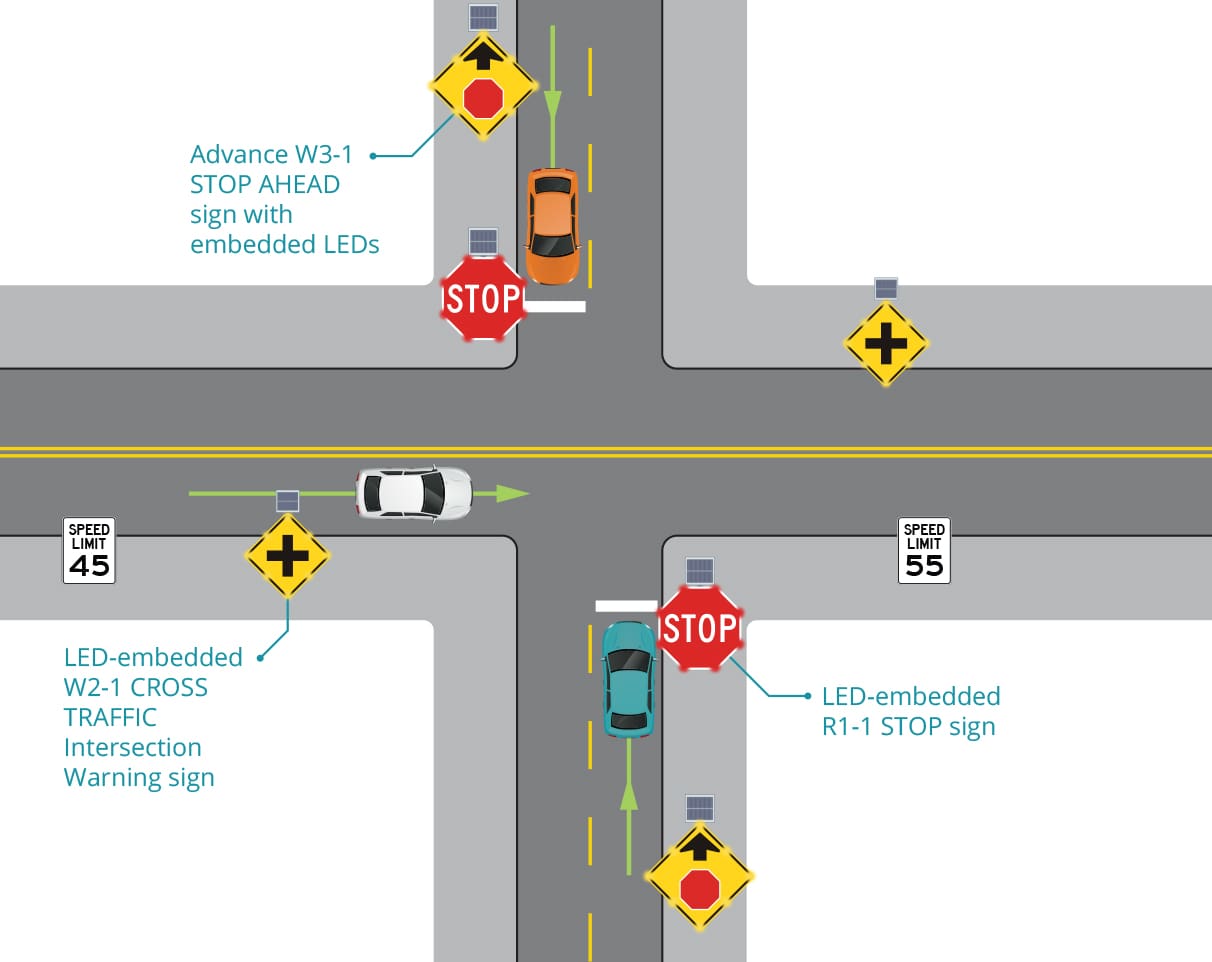 In short, the signs slow people down and remind drivers to make a full and complete stop, allowing more time to make accurate judgments about the speed and distance of oncoming traffic.

LED-embedded flashing stop signs are proven to make unsignalized intersections safer. In a study published by the Minnesota Department of Transportation, researchers found a 41.5% reduction in right-angle crashes after installing flashing LED-enhanced stop signs throughout the state. Another study completed in Texas noted that the introduction of an LED-embedded stop sign produced a 28.9% reduction in the number of vehicles not fulling stopping, and a 52.9% reduction in the number of vehicles moving through the intersection without significantly slowing down. A similar yielding result was found in Virginia, where researchers also noted even higher compliance during nighttime.

Determining if an intersection would benefit from flashing LED enhancements

In a presentation to the Transportation Association of Canada (TAC), engineers reviewed methods of assessing rural and local unsignalized intersections with a high frequency of collisions for further safety countermeasures. A high frequency of collisions exists when there are at least two reportable crashes per year over a three year period, or three or more over a five year period. Further, in an assessment of motor vehicle accident costs versus traffic sign benefits, the benefits exceed installation costs if just one crash is prevented. Additionally, due to low traffic and population numbers inherent to local and rural roadway regions, the costs associated with installing an LED-enhanced flashing sign system are far more affordable for county and municipal budgets than a complete intersection upgrade. 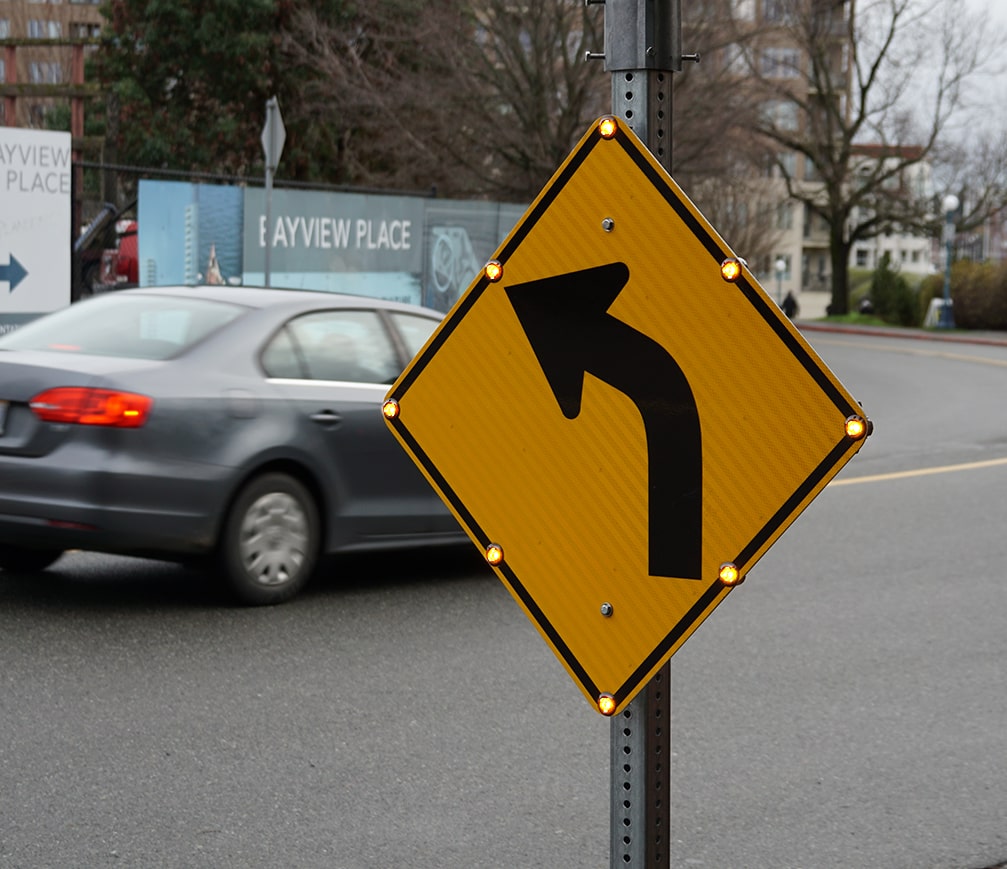 In 2013, the FHWA reported that 56% of all motor vehicle fatalities involved a roadway departure (RwD), and FARS noted that 83% of these fatal RwD crashes occur at horizontal curves. An RwD happens when a vehicle leaves the traveled way, thereby crossing an edge line or centerline. The majority of RwD crashes happen during nighttime or in poor weather like fog, rain, or snow. Speed and rurality are also factors that influence the availability and response times of emergency services, all of which make RwD crashes especially concerning for roadway safety assessments.