A brief history and review of requirements for school zone signage

Since the 1980s, this bright and wild hue has been popping up on anything from tennis balls to nylon bike shorts to highlighter pens. It’s not hard to understand why this attention-grabbing and highly visible color would be adopted for safety products and traffic signage.

However, within the history of traffic control devices, the introduction of fluorescent yellow-green (FYG) colored signs is quite recent. Standard sign colors we see today have been around for decades (see the 1961 MUTCD’s chapters on road signs). So, what took FYG so long to be introduced and eventually standardized? 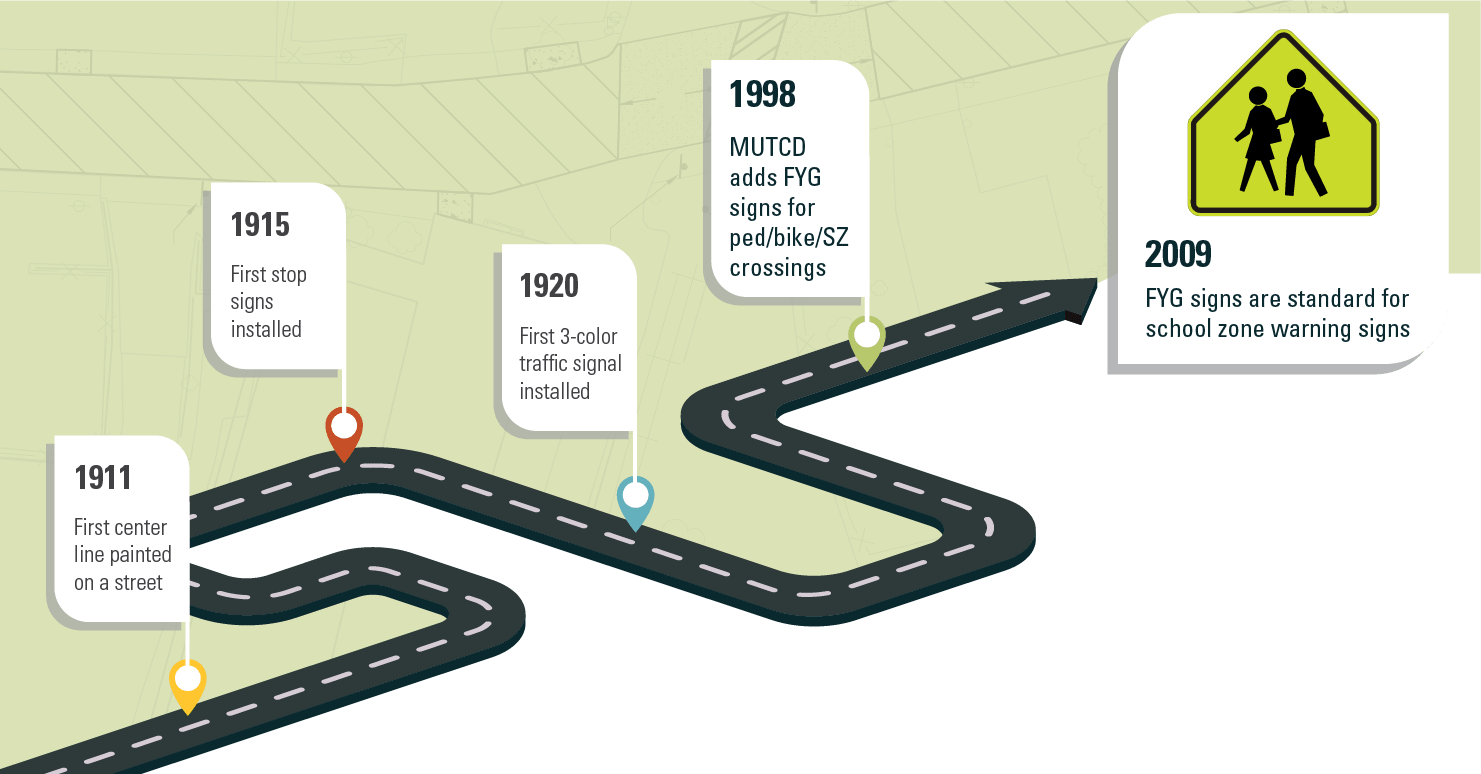 The sign construction and retroreflective sheeting of today are far more advanced than what was available in 1935, the year the first MUTCD was released. Many color pigmentations, especially red, would fade and deteriorate from exposure to the sun, dirt, and wet weather, and weren’t reliable over the long term. They also lacked reflective technology to make signs more visible at night with headlights.

Some states used glass buttons embedded into the sign letters to reflect headlights, while others used external lights to increase nighttime visibility. As sign pigmentations and sheeting continued to improve, the first retroreflective-sheeted sign was installed in Minneapolis in 1939.

In the early 1950s, more durable sign construction and red pigments allowed the MUTCD to officially change the stop sign background color from yellow to red. This color change made the stop sign consistent with the red traffic light and the special warning of “danger.” Notably, California had solved this issue years earlier, using a fade-resistant porcelain enamel and glass button embedded letters for greater nighttime contrast. 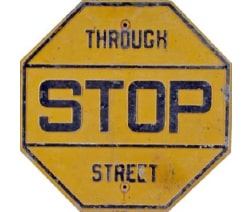 An early version of the yellow stop sign. Image courtesy of Gene Hawkins. 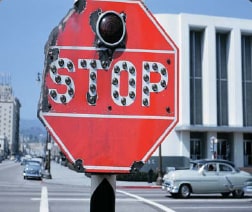 This more recent study from 2013 examines traffic control device and signage conspicuity, noting that FYG signs had a “slight advantage” over their standard yellow counterparts.

In the early 1990s, increasing pedestrian injuries and fatalities prompted a need for more attention-grabbing signs to alert drivers. The Federal Highway Administration (FHWA) had reserved the currently unassigned fluorescent yellow-green color for future use, and saw an opportunity to test its ability to potentially increase driver compliance and reduce pedestrian and cyclist injuries.

In 1993, the FHWA began a two-year study to assess the new FYG color as an option for pedestrian, bicycle, and school crossing signs. 24 jurisdictions also developed and completed their own FYG experiments, which the FHWA approved. Collecting vehicle speed and pedestrian-vehicle crash data before and after sign installation, the FHWA discovered the new FYG signs resulted in a significant reduction in pedestrian-vehicle conflicts and a significant increase in driver yield and stop rates over the long term.

Public opinion surveys about the new signs also received positive responses from drivers, educators, elected officials, and other groups. A request was made, and in 1998, fluorescent yellow-green was added to the MUTCD as an optional color for pedestrian, bicycle, and school signage.

Today, these FYG signs are commonly included within a school zone’s pedestrian safety plan, along with flashing beacons or LED enhanced signs.

According to the current 2009 (with 2012 revisions) edition of the MUTCD, the FYG background is now a requirement for all school zone warning signs. (MUTCD Chapter 7B.07.01). 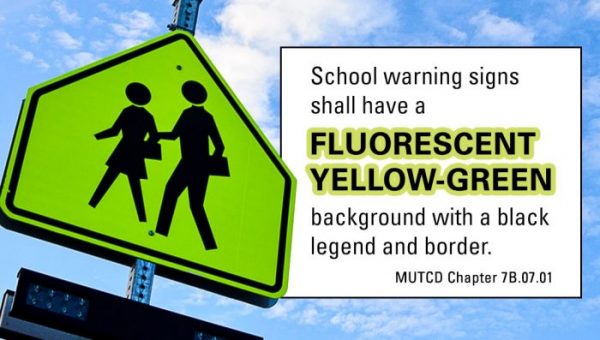 Non-school pedestrian and bicycle crossing signs can still use an FYG background as an option (MUTCD Figure 2C-10 and Figure 2C-11). However, some states and municipalities reserve FYG-colored signs for school zones only in order to add emphasis to those locations. Consistent and uniform signs can be important to ensure driver compliance and using FYG for non-school crossings can potentially diminish the effect of this sign color.

While the FYG background color does enhance the conspicuity and message of the sign, adding RRFBs and/or school zone beacons to school signs can increase driver compliance rates and pedestrian safety beyond what signs alone can.

For more interesting historical facts and old versions of the MUTCD dating back to the 1930s and prior, check out H. Gene Hawkins, Jr.’s MUTCD History page here: https://ceprofs.civil.tamu.edu/ghawkins/MUTCD-History.htm