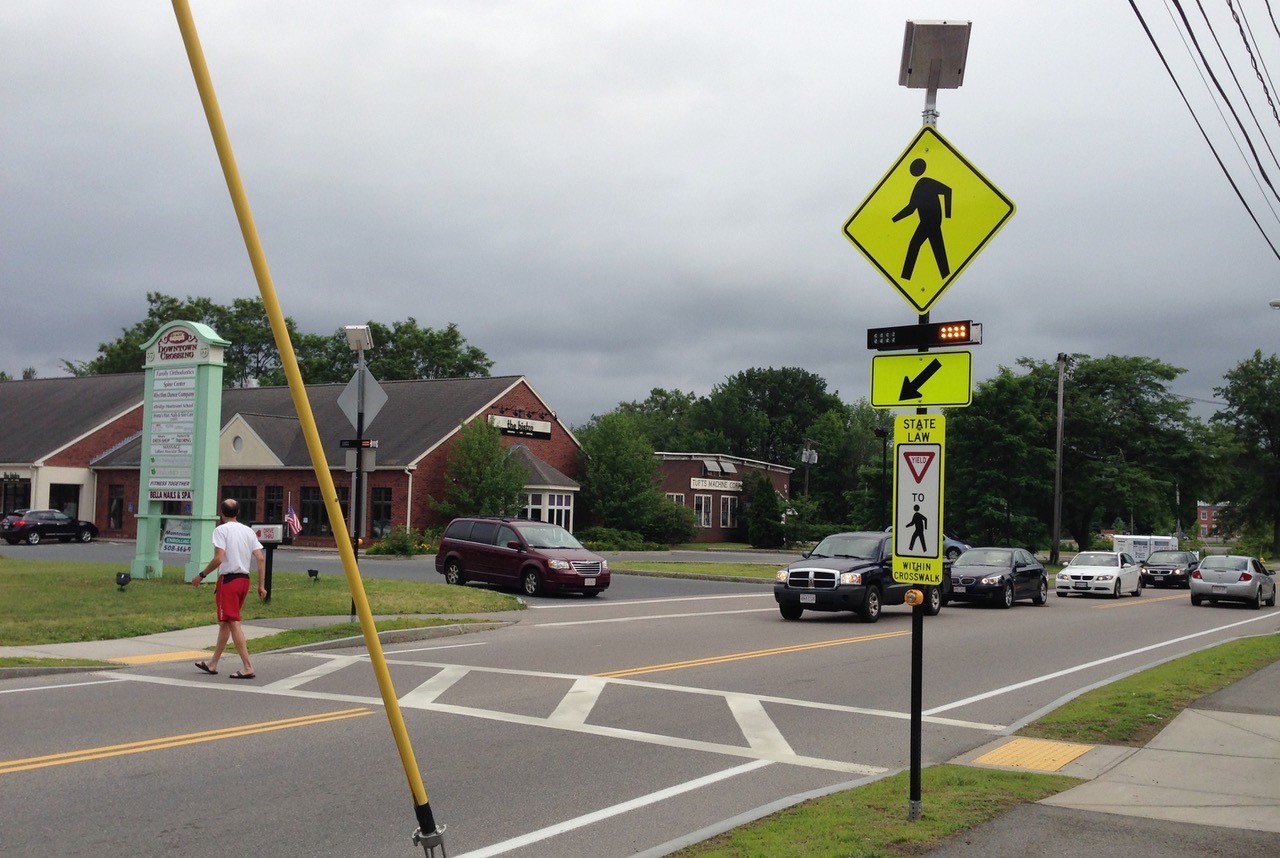 The rectangular rapid flashing beacon, or RRFB, is worthy of recognition for the triumphs and tribulations it has endured. One year after its latest interim approval was granted, the RRFB is thriving as a traffic safety device in states and municipalities across the country. Here, we look back at its storied history.

R.D. Jones of Venice, Florida, is the founder of R. D. Jones, Stop Experts, Inc. and the inventor of the RRFB. Roadway signs are clear, he believes, but their messages lose their impact when up against all the distractions drivers face. With the irregular flash pattern of the RRFB, he hoped to break through this problem by commanding drivers to “look at the sign, understand the message, and act accordingly.”

In 2008, the Florida Department of Transportation and the City of St. Petersburg, Florida, made a joint request to the Federal Highway Administration (FHWA) for an interim approval that would allow RRFBs to be used to supplement the typical signage used at pedestrian and school crossings—specifically, uncontrolled crosswalks. The 2003 edition of the Manual on Uniform Traffic Control Devices (MUTCD) required warning beacons to be circular and flash 50–60 times per minute; RRFBs did not fit these criteria, but effectiveness studies had shown a 96% compliance rate at crosswalks, compared to the 28% average those crosswalks had seen previously.

On July 16, 2008, the FHWA grated Interim Approval IA-11. This allowed RRFBs to be used across the United States, and many states and agencies added the RRFB to their own approved or qualified product lists.

In Canada, as of 2014, the RRFB is an approved pedestrian crossing control device in the Transportation Association of Canada (TAC) Manual of Uniform Traffic Control Devices for Canada (MUTCDC). More information can be found in the Third Edition of the Pedestrian Crossing Control Guide, released in August 2018. Learn more >>

Like many inventors, Jones patented his invention, a testament to his work. Stop Experts, Inc. the Florida-based company Jones owned, filed four US patents for the RRFB—specifically its flash patterns—in 2011 and 2012, with one other patent application pending.

Around 2011, the FHWA learned about the patents. Since it prohibits proprietary devices in the MUTCD, the FHWA withdrew the interim approval IA-11 on December 21, 2017. Many people took to social media to express their frustrations. 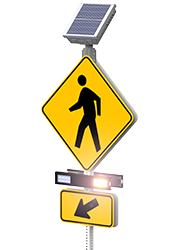 The termination of the RRFB made national news, since this technology had been long proven as effective, and many states and municipalities had put the RRFB on their approved products lists. Many agencies with projects in the works were left wondering what to do.

Meanwhile, the Institute of Transportation Engineers (ITE) was hard at work seeking a solution. The ITE leadership team began working to address the issue with the National Committee on Uniform Traffic Control Devices (NCUTCD). As a result of their efforts, the MUTCD issued a statement assuring that any projects in the works could be completed, and any existing RRFBs remain in place until the end of their useful life. New projects could use circular beacons, which were on the approved products list. ITE continued working with all involved to develop and promote other RRFB alternatives.

At the same time, Carmanah was also hard at work seeking a way to purchase the patents in question. On March 20, 2018, Carmanah was able to purchase and disclaim the patents that had been restricting RRFBs from interim approval. Immediately following this announcement, the FHWA released Interim Approval IA-21, which replaced IA-11 and allowed RRFBs to be considered an approved product again. There are some key differences between the two interim approval conditions, which we compiled into a helpful table for reference.

Again, many traffic engineers, advocates, and others took to social media to respond to the MUTCD’s IA-21 Interim Approval.

It’s refreshing to see a for-profit company take decisive action for the betterment of all. Thank you @CarmanahTraffic for your help in making the simple act of crossing the street safer for so many. #SEAwalks #VisionZero https://t.co/yhIxpLgmjV pic.twitter.com/iPHT75JRQ5

Humanity lives! Many thanks to @CarmanahTraffic for working for the safety of all by providing access to the RRFB technology! #VisionZero https://t.co/6D7VAxwdiI

Following the reinstatement of RRFBs and the issuing of IA-21, all state and local agencies wishing to use RRFBs had to apply for approval under IA-21. Today, 43 states and Washington DC have all their local highway agencies included in the Interim Approval. Meanwhile, another four states have some interim approval, and only three do not have any interim approval for RRFBs. The map below shows the current approvals.

Does your state or local agency require IA-21 approval? Check out our approval tips.

While RRFBs were not able to be used for about three months, they appeared to suffer no long-term effects in terms of popularity. The termination period obviously wasn’t quite enough time for most agencies to make changes to their approved products lists that would negatively impact RRFB installation. As of March 2019, it has been one year since the FHWA released IA-21, and RRFB installations seem to be just as prevalent, if not more so, than before.

ITE, FHWA and Carmanah Work Together to Reinstate RRFBs