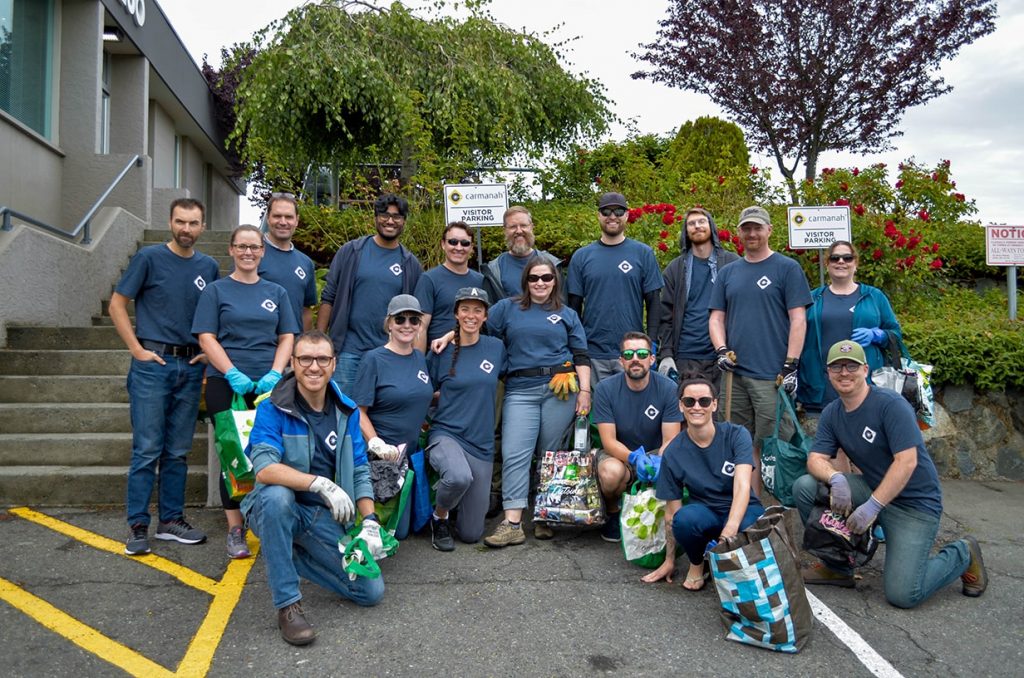 This August, eighteen of us got together to clean up garbage along the E&N Rail Trail, a paved pedestrian/bike path that runs beside a suspended rail line near our Victoria office. After a few hours, we had collected a large haul of litter and returnables comprising cigarette butts, food wrappers, drink containers, and other goodies.

We’re happy to do our part to clean up litter in our city and help make our community a cleaner, better place to live. Littering has a significant global impact: millions of tons of litter end up in the world’s oceans every year, and scientists have estimated there are around 5.25 trillion pieces of plastic currently sitting in the oceans. The US, for example, spends around $11 billion annually just cleaning up litter. Interestingly, cigarette butts make up 50% of all litter and can take over 12 years to decompose—we certainly found a lot of these.

Others around the world have also been grabbing their gloves and tongs to clean up their local parks, streets, and beaches in the spirit of the social media challenge #TrashTag. Starting in 2015, the hashtag recently picked up steam in the spring of 2019 after a few posts using it went viral. Hundreds of thousands of social media users have since used #TrashTag to broadcast their cleanup efforts.

>> Check out 30 of the best #TrashTag challenge posts here.

Though our section of the E&N Rail Trail was too long for any decent before-after photos, we did snap some photos of our cleanup in action, including some interesting finds—you can see those below.

Thanks to everyone who participated, and a special thanks to those who provided their vehicles to transport the collected garbage and to our local Surfrider Foundation chapter for lending us gloves! 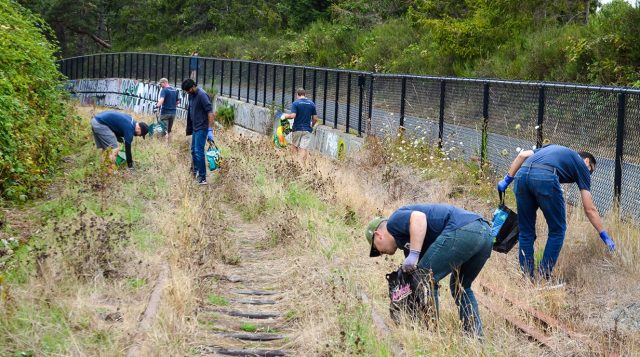 Starting off along the E&N Rail Trail. 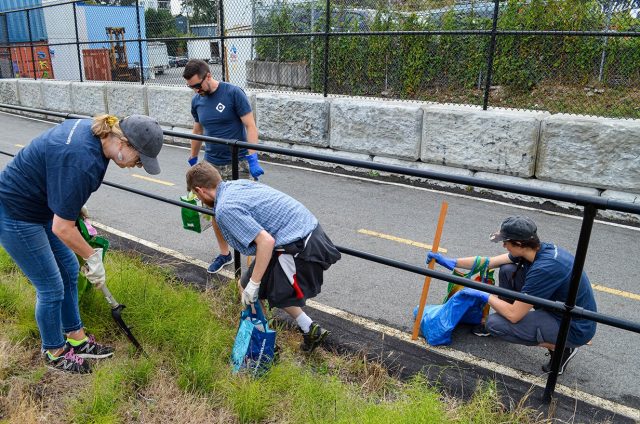 Picking up litter along the pedestrian/bike path and along the suspended rail line. 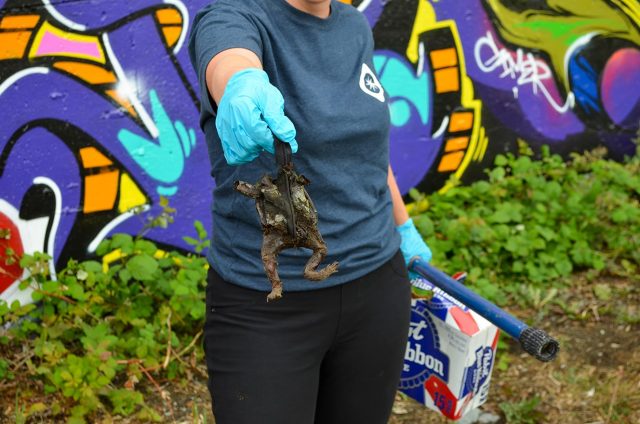 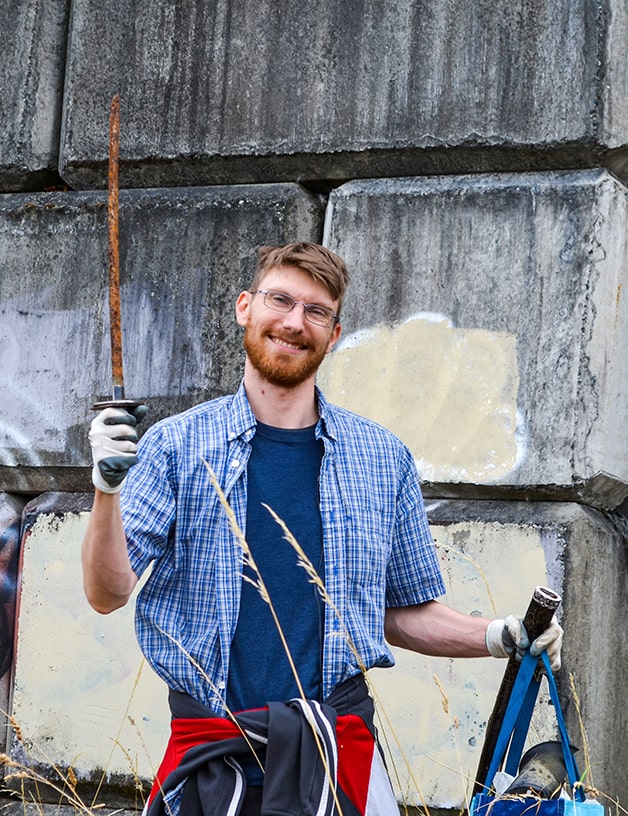 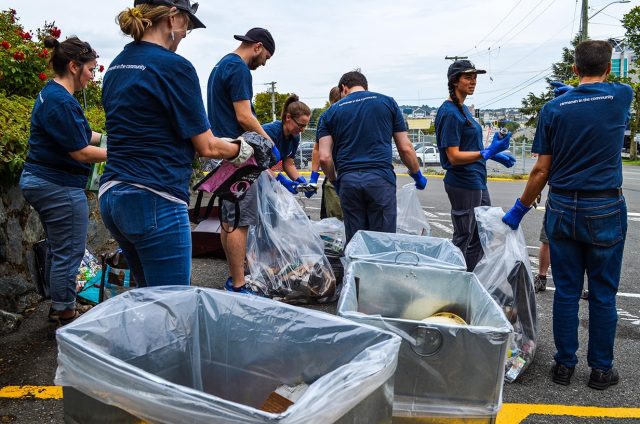 Sorting through the litter. The E&N Rail Trail is now this much cleaner!