Nevada has a serious problem with wrong-way driving. Numbers from the Nevada Department of Transportation (NDOT) show there were 409 wrong-way driver (WWD) collisions which resulted in 75 deaths between 2005 and 2015, the vast majority of which were caused by impaired drivers. In the past month alone, the state has recorded four wrong-way crashes—all of them on major interstate highways in the greater Las Vegas area—which resulted in four fatalities.

According to Nevada Highway Patrol Trooper Travis Smaka, high speed is almost always a factor. “Just about 99%, I would say, of the crashes we investigate of wrong way drivers are traveling in that fast lane, or HOV lane, we call it the number one travel lane,” he said. The National Transportation Safety Board has also found that wrong-way drivers are commonly impaired, young, and tend to enter highways and freeways via the exit ramp.

For years, NDOT has used rectangular red-and-white “WRONG WAY” signs on its highway and freeway ramps to notify drivers entering in the wrong direction. But the signs alone have not been enough to stop the deadly crashes from happening.

Now, Nevada is joining a growing number of states across the country piloting new detection and alert systems as a way of helping detect and prevent these crashes. Since receiving FHWA approval in December 2017, NDOT has committed to testing 46 custom-designed Carmanah systems for three years to determine if they are effective in prompting wrong-way drivers to become alert to their situation, stop and safely turn around. The systems use the same light bar technology as Carmanah’s high-intensity RRFB crosswalks.

The first-of-its-kind system, which pairs Carmanah’s RRFBs with Viion Systems’ closed-circuit cameras, uses a sensor to first detect vehicles entering in the wrong direction, and then alert them to their error using strobe-like beacons mounted on wrong-way signs. Once a vehicle has passed a second sensor, an alert will be sent to both NDOT as well as the Nevada Highway Patrol (NHP) so troopers can immediately make their way to the scene.

“Once they come through the zone typically what they will do is use radar and then video detection to notify our traffic manager centers,” said Rodney D. Schilling, Assistant Chief Traffic Operations Engineer for NDOT. An alert will also be displayed on over-highway message boards to alert other drivers to the potential wrong way driver.

NDOT is still completing installation of its 46 systems throughout the state—the remaining systems are being installed in the greater Las Vegas area and are expected to be ready in early 2020—but preliminary research show these systems are up to 80% effective in stopping wrong-way drivers.

While wrong-way driving crashes account for only about 3% of  vehicle crashes in the U.S., the outcomes are often tragic. They are more often than not head-on collisions on high-speed divided highways or access ramps and have a higher rate of fatality and more serious injuries than seen in other types of incidents. Departments need to continue to explore new technologies and countermeasures with a view toward reducing incidents and saving lives. 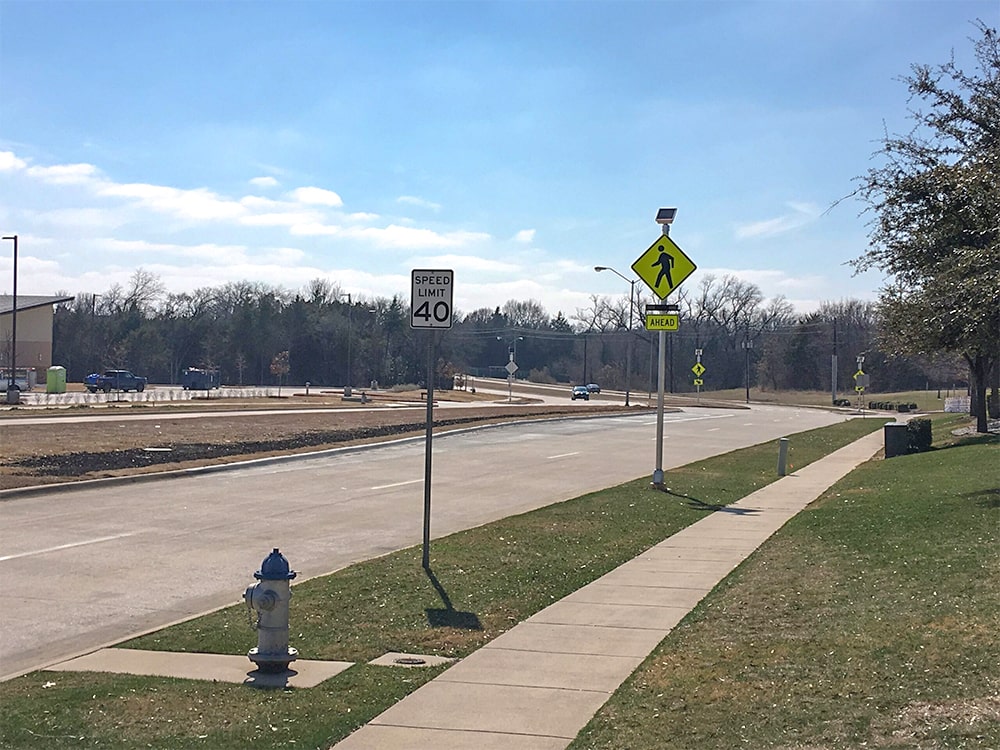