For drivers, there’s no scenario quite as terrifying as driving 70 mph down a highway and suddenly realizing a car or truck is headed straight toward you, driving the wrong direction, in your lane.

While wrong-way driving crashes account for only about 3% of vehicle crashes in the U.S., they are more often than not head-on collisions on high-speed divided highways or access ramps with a higher rate of fatality and more serious injuries than seen in other types of incidents. A study in Virginia found the fatality rate for wrong-way collisions on controlled-access highways to be 27 times that of other types of accidents.

Troublingly, many states have seen an increase in wrong-way collisions and fatalities in recent years. The Arizona Governor’s Office of Highway Safety, for example, has recorded 1,088 wrong-way incidents so far this year, up more than 100 compared to last year. The number of fatalities from WWD collisions in Arizona totaled 16 by July 2019, the same number for all of 2018.

It’s the same story in Wisconsin, where police recorded 500 wrong-way driver incidents in 2018, compared to 300 incidents in the previous three years combined.

Wrong-way drivers are generally impaired, young, and tend to enter freeways via the exit ramp late at night. 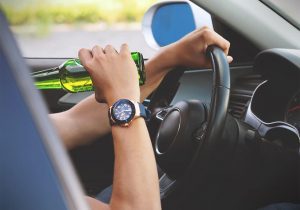 WWD collisions have been the subject of intense academic scrutiny in recent years. Researchers across the country have investigated crash data from a number of different states and drawn similar conclusions about the leading factors and causes of WWD incidents.

Far and away the number one cause of fatal WWD crashes is driver impairment, primarily due to alcohol use. According to a report by the National Transportation Safety Board, more than half, and possibly as many as three-quarters, of wrong-way drivers are impaired by alcohol. Furthermore, 59% of those wrong-way drivers with a reported blood alcohol content (BAC) had a “high BAC” at or above 0.15. 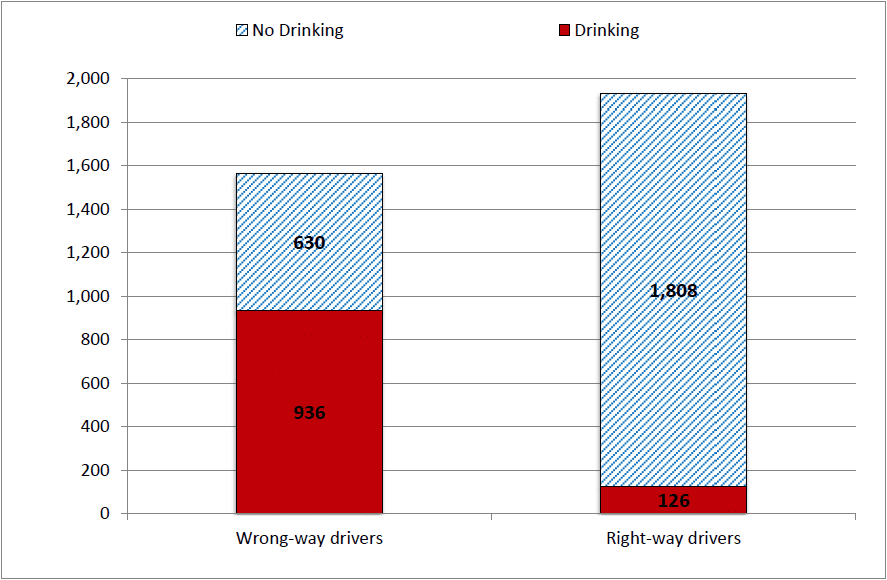 Research has also consistently found that the majority of drivers involved in WWD crashes are young adults, with younger drivers much more likely to be alcohol-impaired than older wrong-way drivers. According to the same National Transportation Safety Board report, 65% of 20- to 39-year-olds had a reported BAC of 0.08 or higher. 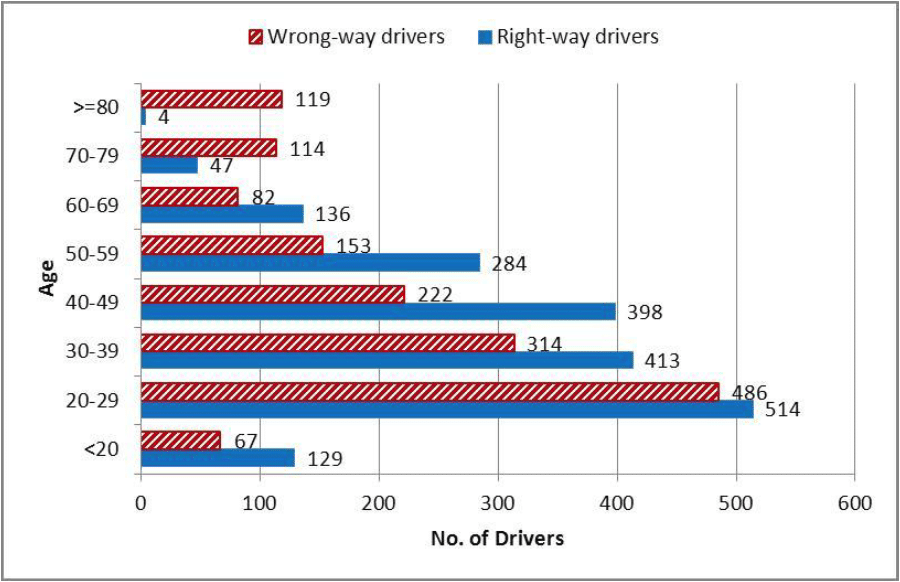 Time of day has also consistently proven to be a significant factor in WWD collisions. Perhaps unsurprisingly, WWD collisions occur far more frequently at night: 78% of fatal wrong-way collisions occur between 6:00 p.m. and 6:00 a.m. A disproportionate number of crashes happen on weekends.

Finally, the primary origin of wrong-way movements (when the origin can be determined) is entering a highway or freeway via an exit ramp. Other mechanisms resulting in wrong-way movement include making a U-turn on the highway or using an emergency turnaround to cross the median.

In 2015, a University of Central Florida research team conducted a survey on wrong-way driving incidents that asked participants about WWD events witnessed by either the participant or by a family member, friend or acquaintance.

Of the 400 people surveyed, only about 10% who witnessed a wrong-way driver reported the incident to authorities. Even so, 50% said they felt a high risk of danger after witnessing a driver going the wrong way on a local high-speed freeway.

These results show that WWD activity is more frequent than indicated by crashes or 911 calls and that current data and detection measures are insufficient, as is relying on other drivers to report WWD incidents.

In a bid to reduce WWD on its roadways, the Florida Department of Transportation is now working on countermeasures including methods for detecting WWD events, warning wrong-way drivers, and alerting authorities. Vehicle detectors like radar and video cameras are being tested to detect wrong-way drivers and rapid flashing beacons (RRFBs) and LED-enhanced signs are being used to warn the driver they are traveling in the wrong directions.

After evaluating these countermeasures, the Florida Department of Transportation found that detection-triggered RRFB and LED-enhanced “WRONG WAY” signs with alert-sending capability to be two of the most effective countermeasures. As of July 2019, the state is installing 520 of these systems at off-ramps with the highest rate of WWD collisions.

One of the most effective wrong-way driving countermeasures 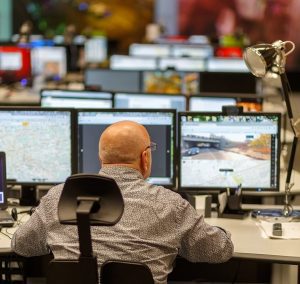 These wrong-way driver systems use radar sensors to detect wrong-way vehicles, then flash high-intensity RRFBs to warn drivers they’re traveling the wrong way. Closed-circuit cameras then capture images of the wrong-way driver, which are sent wirelessly to the nearest traffic management center. The signs have also been lowered to four feet high instead of the usual seven feet to be at the eye level of impaired or inattentive drivers.