RRFB vs. PHB and more: Which is the best choice for your midblock crosswalk?

All pedestrians deserve a safe place to cross the street. And while it’s easy to point to established intersections with signalized crosswalks to fill this need, the reality is most pedestrians won’t go out of their way to use one. Instead, they’ll choose the most direct route, even if that means navigating multiple lanes of fast-moving traffic.

This is where midblock crosswalks come in. They allow pedestrians to cross conveniently, visibly, and safely—not to mention without unnecessarily stopping traffic—in areas with high levels of active transportation, including near schools, libraries, shopping centers, or transit stops.

The problem is, you can’t just paint some lines on the pavement and call it a day. Various studies have shown that crosswalk paint alone is only 16 to 32% effective in stopping traffic in the presence of a pedestrian. Of the nearly 6,000 pedestrian fatalities that occurred in the U.S. in 2017, 72% took place at midblock locations.

Fortunately, there are a number of proven innovations cities can implement to make midblock crossings safer. Just keep in mind that none of them is a silver bullet. Every treatment has its limits, and none of them should be used in isolation (i.e. don’t add an RRFB to a multi-lane 60mph roadway without first reducing the speed limit).

In this article, we’ll summarize some of the most popular treatments with the aim of helping you select the best option for your roadway. 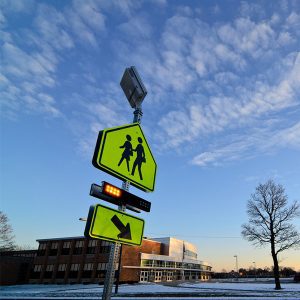 Rectangular Rapid Flashing Beacons (RRFBs) are pedestrian-activated flashing LED lights, typically mounted on existing crosswalk signage, that signal to drivers that a pedestrian is about to enter a crosswalk. Functionally, they are similar to standard flashing beacons, however, they have a brighter light intensity and a much faster rapid-pulsing flash rate.

For these reasons, RRFBs have proven to be highly effective at increasing yield rates. The FWHA reports this treatment can reduce pedestrian crashes by 47%, while one study in St. Petersburg, FL found they increased yield rates from less than 1% to an impressive 82%.

RRFBs are most effective at multilane crosswalks with speed limits less than 40 mph. This is because drivers travelling at higher speeds aren’t able to process the same information in the same amount of time, and their ability to react to it is significantly reduced. One article describes this concept as “the diminishing returns of signage” – the faster you’re going, the less you can see. 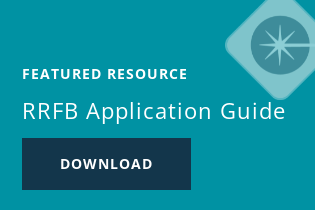 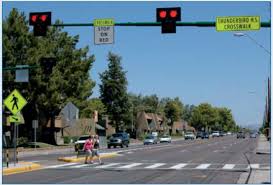 However, unlike RRFBs, PHBs are mounted on mast arms above the midblock crosswalk, much like a traffic light at an intersection. This makes them more visible at a distance, however it also makes them comparatively expensive and difficult to install (the FHWA puts the average cost of a PHB at $57,680 compared to $22,250 for an RRFB system).

On roads with high vehicle speeds and volumes, however, that cost might be warranted. According to the FWHA, PHBs should be “strongly considered” for roads with three or more lanes that generally have an annual average daily traffic (AADT) above 9,000. 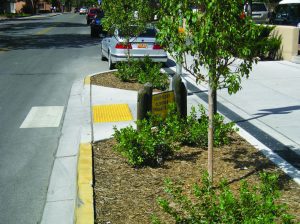 Sometimes referred to in the industry as “bulbouts,” curb extensions effectively broaden the sidewalk at either side of a crosswalk into the street or parking lane, narrowing the width of the street and improving the ability of drivers to spot incoming pedestrians. According to the FWHA, curb extensions are a particularly good option for streets with parking lanes, so long as they don’t infringe on bike paths. 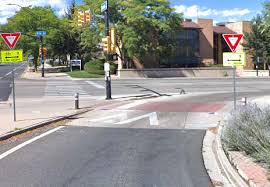 Another way to improve safety at midblock crosswalks is to combine the crosswalk with a speed hump, forcing drivers to slow down and become more aware of their surroundings in the process. Raised crosswalks are best on two- or three-lane roads with speed limits of 30 mph or less and ADTs below 9,000. The FWHA recommends avoiding them on truck routes, emergency routes, and arterial streets.

Typically built in the middle of a two-way street, refuge islands offer pedestrians a safe place to stand and wait for motorists to yield. According to the National Association for City Transportation Officials (NACTO), they make crossing safer by “reducing the exposure time experienced by a pedestrian in the intersection.” They are best suited to crossings on roads with four or more lanes with high speed limits and AADTs. RRFBs can also be used to complement this treatment, as illustrated to the left.

midblock crosswalks are becoming more and more prevalent as active transportation increases and cities expand beyond their dense urban cores. This is good news for pedestrians looking for the shortest path from A to B, but it’s important to recognize that not all midblock crosswalks are the same. By considering the existing environment and carefully choosing an appropriate treatment, cities can ensure that all pedestrians can get to their destination safely.

RRFB crosswalk gets students in Wichita Falls, Texas to and from school safely