Everett, WA is growing. Over the past decade, the metropolitan center has added approximately 1,000 housing units and the City expects more than 15,000 to 20,000 people to move to the area within the next 20 years.

To support—and encourage—this rapid growth, the City is prioritizing a number of infrastructure projects aimed at developing a thriving, livable, walkable community, especially within the historic downtown core.

Two of the streets prioritized for improvements under the City’s Downtown Everett Streetscape Plan are Rucker and Hoyt Avenues. Both streets have a mix of residential and commercial facilities, moderate-to-heavy traffic volumes, and until recently, little in the way of pedestrian infrastructure apart from signalized intersections. 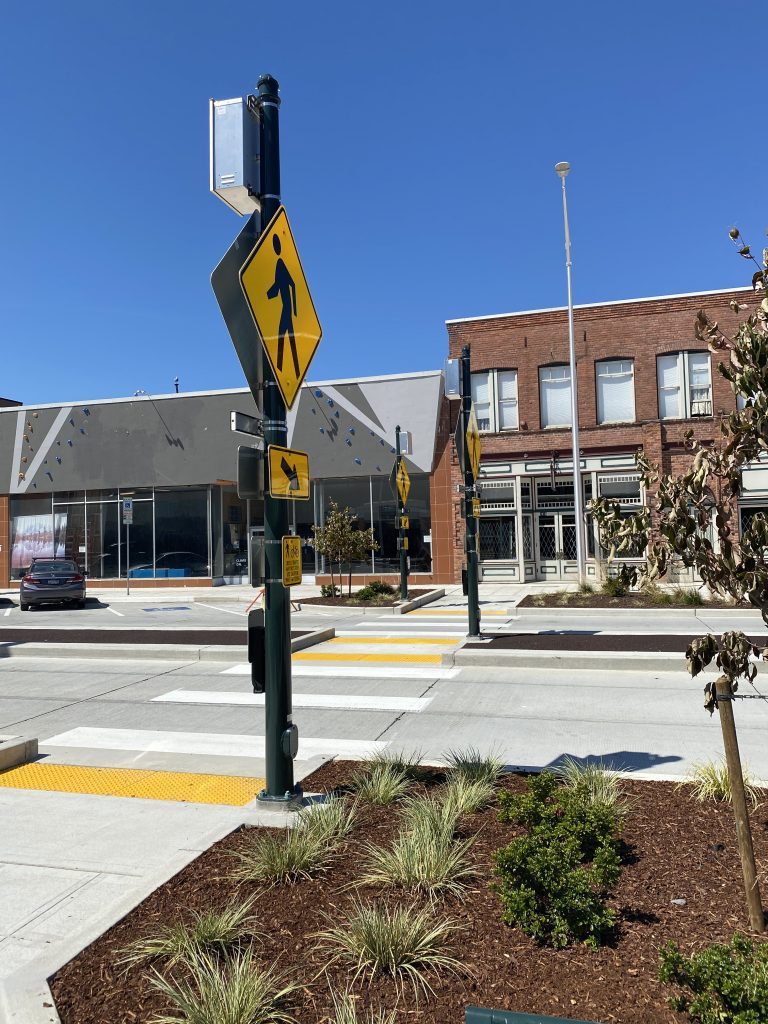 Like many urban centers transected by busy thoroughfares, downtown Everett has long been plagued by pedestrian/vehicle collisions. Multiples incidents over the past several years led police to begin a crackdown on non-yielding drivers in 2019. Rucker Ave. in particular was highlighted by police as a trouble spot.

“People are going from downtown business to downtown business,” explains Western Systems Territory Manager and Carmanah distributor, Kai Antrim, whose company is headquartered in the city. “They don’t want to walk all the way to an intersection to safely cross the street, so they jaywalk.”

What Everett needed was a way to provide pedestrians in the downtown area with safe and direct routes between homes, workplaces, and amenities, while also increasing awareness and reducing speeds among drivers. As it turned out, Carmanah’s rectangular rapid-flashing beacons (RRFBs) were able to tick all the boxes.

Rucker Avenue was identified by the city as a candidate for “full reconstruction” early on. This meant going from a four-lane road with parallel parking on both sides to a two-lane road with a median, angle parking, and midblock crosswalks (complete with curb extensions or bulb-outs that reduce the crossing distance).

To enhance the visibility of the new midblock crosswalks to approaching drivers, the city worked with Western Systems to install Carmanah’s high-intensity SC315-G RRFBs at either side of the road, as well as on the median. When activated by a pedestrian, the LED light bars flash rapidly to alert drivers to a crossing pedestrian.

Because one of the aims of the project was to increase accessibility, ADA-compliant audible pushbuttons were added to each of the poles. These pushbuttons are equipped with a locator tone that alerts visually impaired pedestrians,  letting them know to push the button and provides an audible cue to the location of the button. 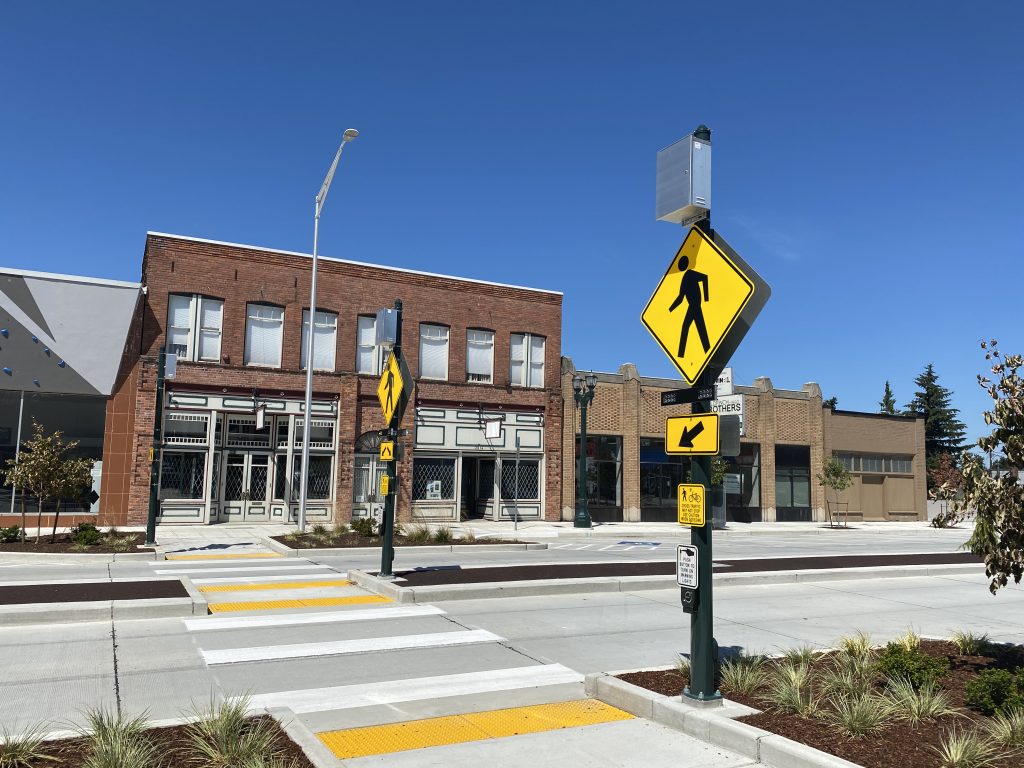 The new midblock crosswalks in downtown Everett were completed in the spring of 2020 and have already helped thousands of pedestrians cross visibly and safely.

“[The RRFBs] have solved the need to get people safely and efficiently from one end to the other,” says Antrim. “And they have helped create a logical path towards the waterfront, where the city is investing millions of dollars in economic development.”

Can children walk around your town?